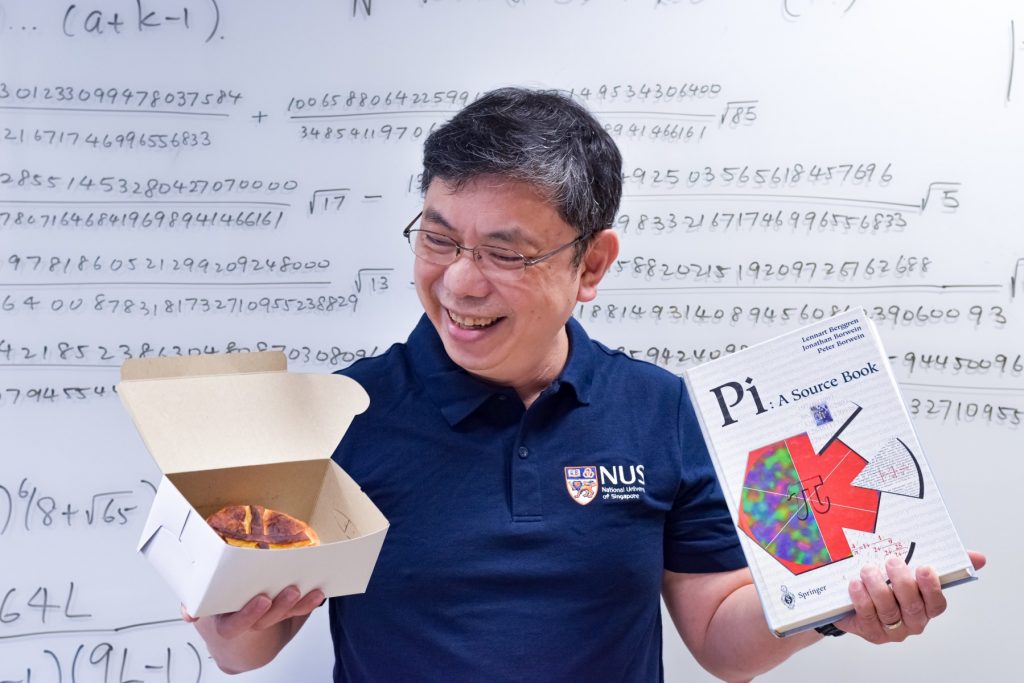 Research inspiration can come from the most random of places, but the movie High School Musical seems like an unlikely source. Yet NUS Department of Mathematics Professor Chan Heng Huat, who was watching the film with his two daughters, found a juggernaut of complex mathematics within the feel-good flick. An important mathematical series for Pi had found its way into a classroom scene where main character Gabriella Montez points out to her teacher that an incorrect formula regarding Pi had been written on the blackboard.

“I was watching the film with my kids, and was not very interested until this formula popped up. I told my kids that, at that time, probably only less than 20 people in the world could prove that equation, and I was one of them. That was when it was their turn to lose interest,” said Prof Chan with a laugh.

The equations were related to a groundbreaking formula to calculate Pi which was discovered in 1914 by world-renowned mathematician Srinivasa Ramanujan. The unlikely occurrence of the equation in the movie eventually made it into a survey article on the history of Pi which Prof Chan co-authored in 2009 – a testament to the number theorist’s fascination with the mathematical constant and the variety of methods that can be used to calculate it. 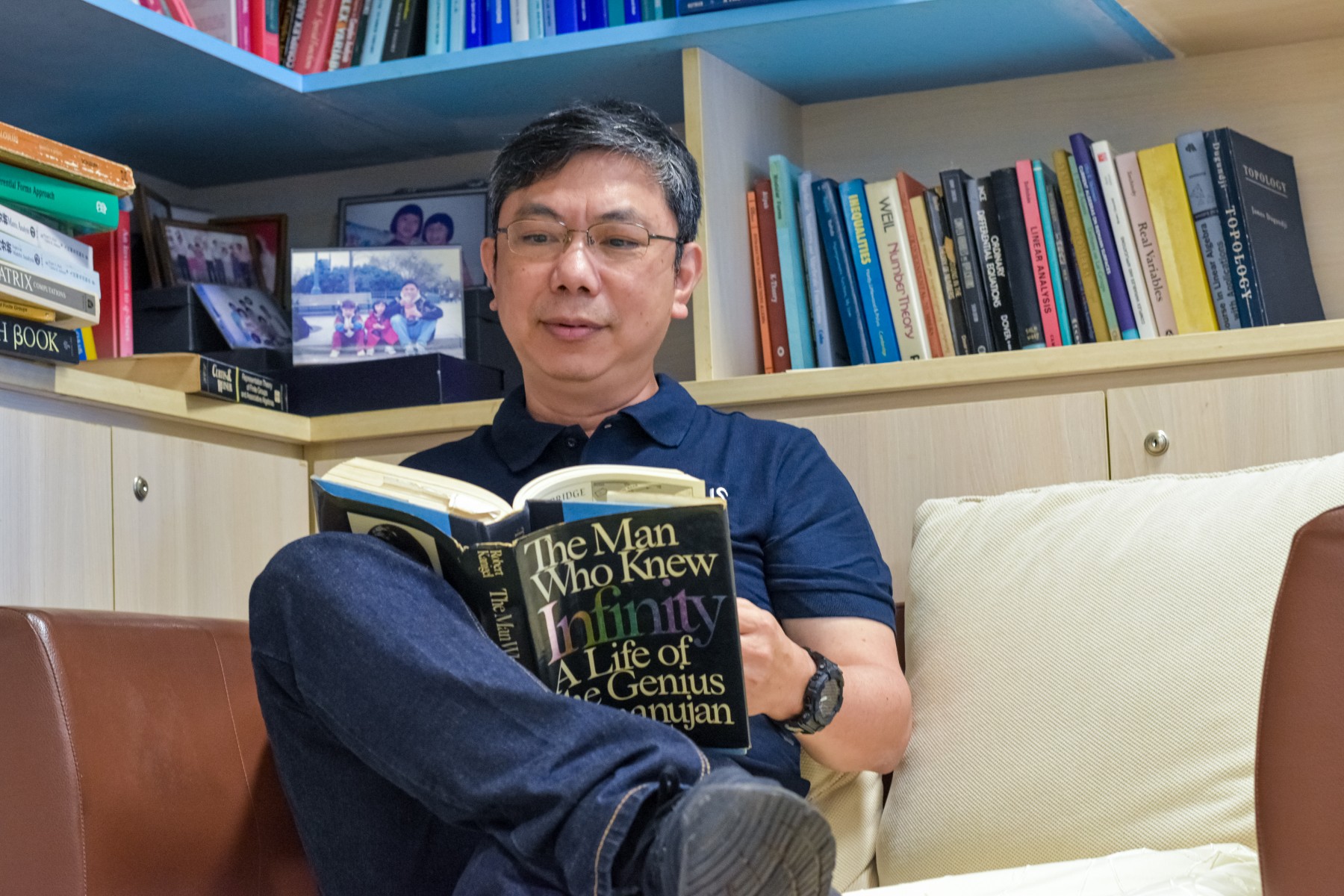 One of Prof Chan’s key research interests is the work of mathematician Srinivasa Ramanujan who came up with a groundbreaking mathematical series on calculating Pi.

Beyond 22/7 – The constant that never gets old

To many, the mathematical constant Pi is commonly known as the fraction 22/7 used to solve problems involving circles. However, few would know that mathematicians have been studying and discovering new ways to calculate Pi for centuries. Around 250BC, Greek mathematician Archimedes, was perhaps the first to be successful in determining accurately the first few values of Pi using polygons. Formulas to calculate Pi discovered by Francois Viete and John Wallis in the 1500-1700s were some of the first formulas that derived Pi from infinite products, but these required the input of about 3000 terms in order to come close to an accuracy of two decimal places of Pi, making these formulas inefficient. Since then, there have been generations of mathematicians who have found more efficient methods to calculate this irrational number – and are still doing so.

Some milestones in the history of Pi in the 20th century include Srinivasa Ramanujan being one of the first to discover multiple mathematical series which calculate Pi rapidly. The million-digit value of Pi was first computed in 1973 by mathematicians Jean Gilloud and Martin Bouyer. In 1987, brothers Jonathan and Peter Borwein came up with an even more precise formula which approached Pi very efficiently with 50 digits being generated with every new term added. In the 21st century, new equations have been discovered and are expected to continue to emerge.

Adding to the list of modern day mathematicians contributing to the centuries-old research history on Pi is Prof Chan, who came up with one of the world’s fastest equations to calculate the value of Pi.

Is there a faster way to calculate Pi?

Prof Chan’s interest in number theory was sparked in his teens, during which he was intrigued by mathematical games and problems. His deeper investigation into Pi, an extension of his research in number theory, started in 1996.  “I was about to teach a series of lectures from the book Pi and the AGM by mathematicians Jonathan and Peter Borwein, and I felt that I could find a more efficient way to calculate Pi. That was when I started my research,” said Prof Chan. He then went on to discover several new formulas for Pi, his latest being published in 2018. More recently in 2020, he also published a book Theta Functions, Elliptic Functions and π which comprises a series of lectures he has given on Pi.

One of Prof Chan’s research breakthroughs was the Berndt-Chan formula to calculate Pi, discovered in collaboration with American mathematician Professor Bruce C. Berndt in 2001. The mathematical series produces 74 digits per input term, making it currently one of the world’s most rapid formulas for Pi to have been published. 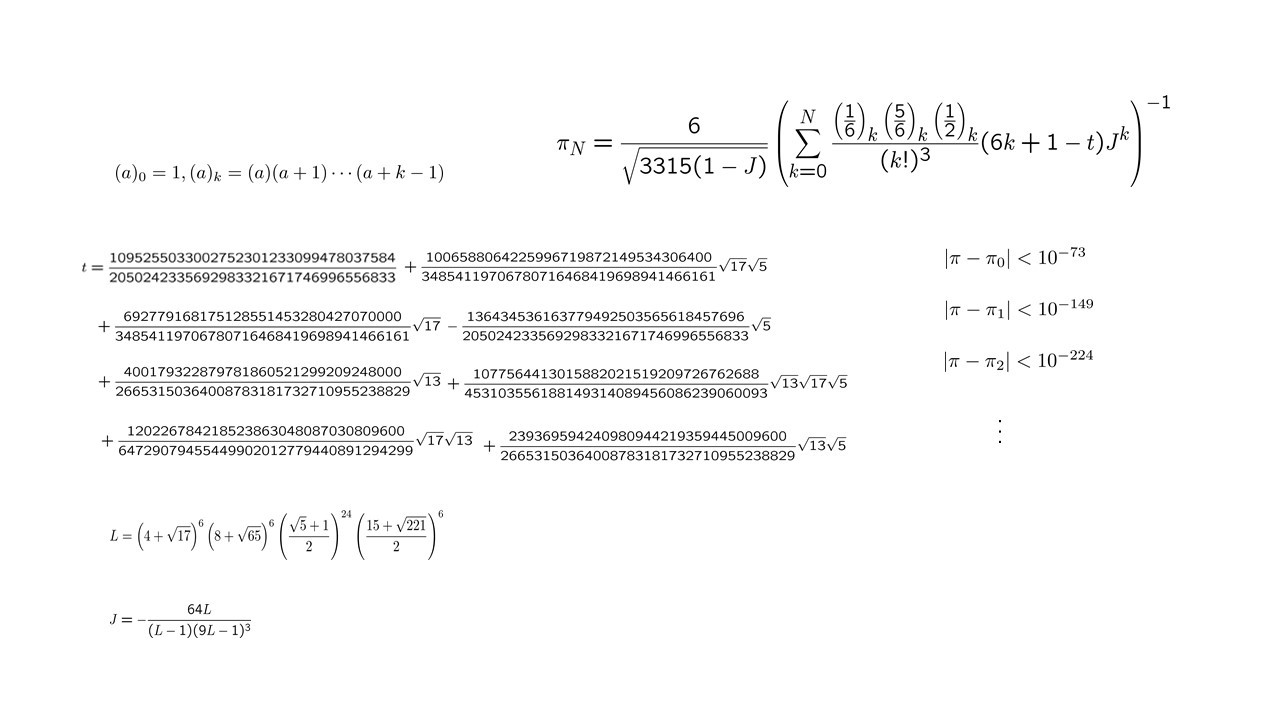 The Berndt-Chan formula, developed by Prof Chan and American mathematician Prof Bruce C. Berndt, is one of the fastest series in the world to calculate Pi.

So how can these formulas be applied in real life? Prof Chan shares that theory behind Ramanujan’s Pi series can be used to create elliptic curves for cryptography systems. Another potential application of these Pi formulas could be to test the computing capabilities and accuracy of computer chips. In a more unusual application, Prof Chan found himself being mathematical advisor to an NUS production of the play A Disappearing Number inspired by Ramanujan’s collaboration with Cambridge University mathematician G.H. Hardy.

“The actual value of Pi, however, is seldom used for computations since the first 20 decimal places should be more than enough,” said Prof Chan. The rest, you could say, is for Pi’s sake.