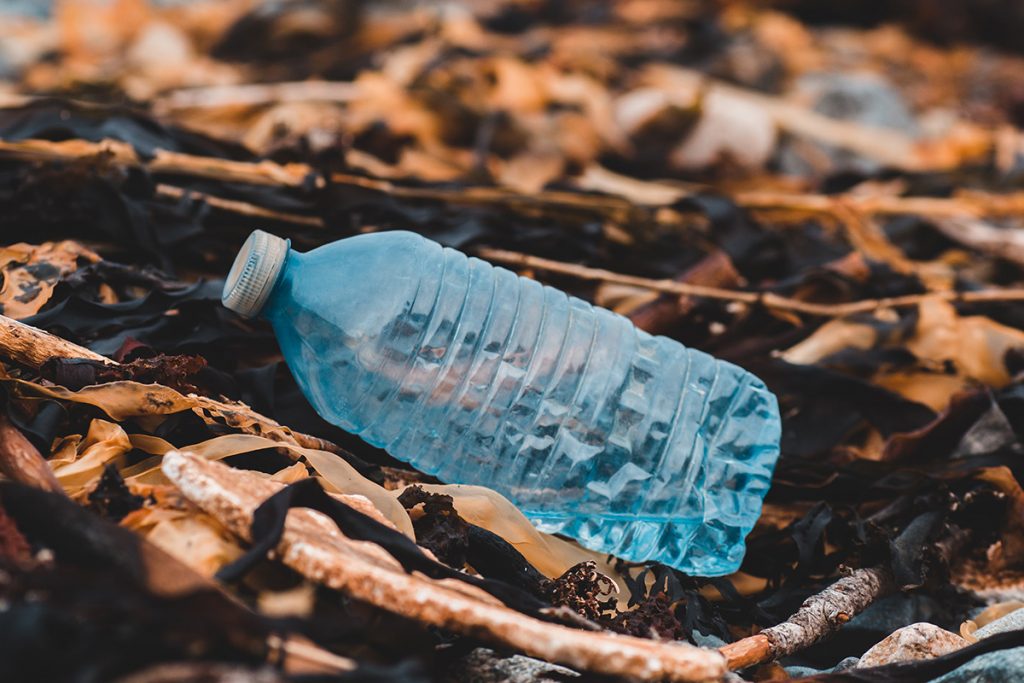 What can genomics teach us about the breakdown of plastic? To answer this question, a multidisciplinary team of Queen’s researchers made up of Laurence Yang (Chemical Engineering), David Zechel (Chemistry), George diCenzo (Biology), and James McLellan (Chemical Engineering) have received a $7.9 million grant from Genome Canada for a new project exploring a microbial platform for breaking down and valorizing waste plastic, which can then be repurposed to produce recycled products.

Plastic is a widely used cheap and effective way to store and transport goods. However, its popularity, especially for single-use products, has made it a pervasive environmental contaminant. In Canada, 2.8 million tons of plastic wind up in landfills every year and an additional 29,000 tons leak into our environment and oceans. Waste plastic has devastating environmental impacts, one of which includes the death of 100,000 marine mammals annually, through ingestion or entanglement. Despite this, demand continues to grow and Canadian plastic production is increasing, with an additional 4.8 million tons being produced every year.

Traditional methods of curbing plastic pollution are underutilized and only nine per cent of plastic is currently recycled worldwide. Consequently, academics, manufacturers, and governments are working toward a new paradigm, where plastics will be made from recycled or biodegradable components, facilitating transition from a linear use to a circular use model and better enabling a zero-plastic waste future.

To help drive this paradigm shift, Dr. Yang, his colleagues, and their team consisting of multiple universities, industry and municipal partners are working on an economically-viable innovation that harnesses genomics technologies to recover value from waste plastic. Affiliated with the Contaminants of Emerging Concern – Research Excellence Network (CEC-REN) at Queen’s, this project will use metagenomics, metatranscriptomics, whole-genome sequencing, and functional genomics to identify and engineer bacteria and enzymes that can break down plastics into recyclable components or into valuable fine chemicals that can be used for other purposes. A secondary aim of this project involves investigating the impact of these newly-developed plastic biotechnologies on the environment, economy, and society as a whole.

“Our team of 21 investigators from six universities are developing a systems approach to tackling plastic waste: from genomes to new enzymatic processes, fully integrated with environmental, social, economic, and policy research to facilitate uptake,” says Dr. Yang, Principal Investigator on the project. “Our open science framework will allow us to rapidly share knowledge with diverse private and public sector partners, as we collectively innovate toward a zero-waste future where plastics benefit society without causing a negative impact on the environment.”

Plastic biotechnologies could help revolutionize Canadian plastic production and use. It has been estimated that diverting 90 per cent of our national waste plastic from landfills to recycling can reduce 1.8 million tons of carbon dioxide equivalents per year in greenhouse gas emissions, save $500 million per year in costs, and create 42,000 jobs in new industries. Globally, a circular economy for plastics is projected to lead to billions of dollars in savings. An environmentally sustainable future may not be one that eliminates the use of plastics altogether, but rather one where plastics are deliberately chosen and circulated as resources, not discarded as waste.

The project funding was announced today as part of an investment of over $60 million from Genome Canada, provincial and federal partners, universities, and industry collaborators for eight large-scale applied research projects across Canada. The projects will harness genomics research and technologies for natural resources conservation, environmental protection, and sustainability. For more on the announcement, visit the website.