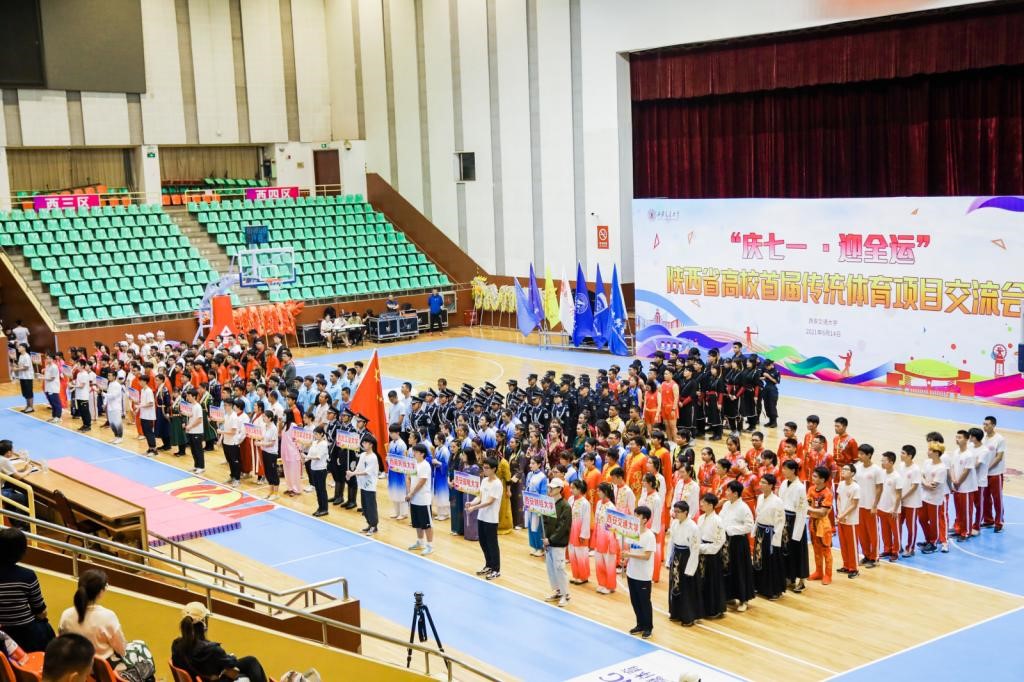 The first traditional sports meeting of universities in Shaanxi province was held in the Siyuan student activity center of Xi’an Jiaotong University (XJTU) on June 14.

The opening ceremony was presided over by Liu Changjiang, director of the XJTU Sports Center.

Wang Aimin, director of the Ethnic and Religious Affairs Commission of Shaanxi Province, said that national traditional sports are an important part of Chinese sports and a precious cultural heritage of the Chinese nation, with high fitness and artistic value.

Wang hoped that colleges and universities will take the event as an opportunity to explore and practice the new mode of cultural inheritance with traditional national sports as the carrier, enhance their cultural confidence, continuously improve the quality of education, and promote the overall growth of students even as they gain from physical exercise.

Zheng hoped that the activity will promote all ethnic groups to connect closely with each other and contribute to promoting the Chinese nation towards a more inclusive and cohesive community with a shared future.

At the meeting, teams from 14 universities presented wonderful performances, after which the organizing committee issued the best performance award, the best style award, the best innovation award and the most historical and cultural award to the winning teams.