Traces of life in the Earth’s deep mantle 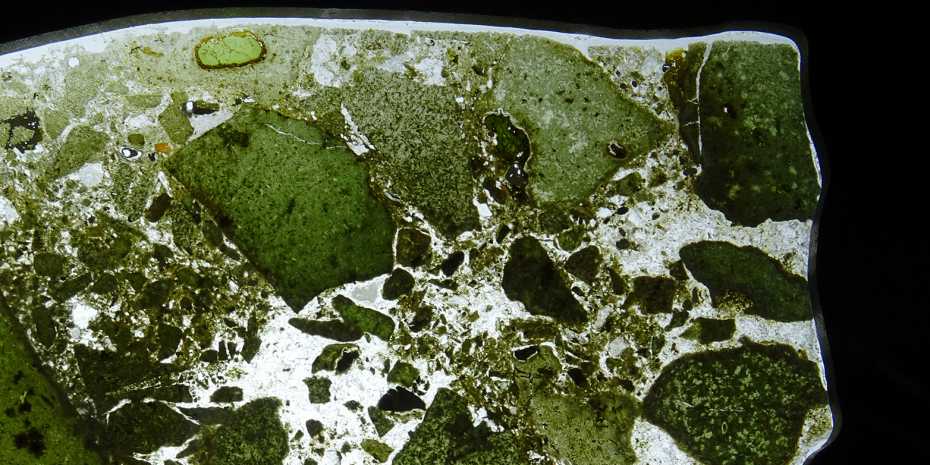 The rapid development of fauna 540 million years ago has permanently changed the Earth – deep into its lower mantle. A team led by ETH researcher Andrea Giuliani found traces of this development in rocks from this zone.

It is easy to see that the processes in the Earth’s interior influence what happens on the surface. For example, volcanoes unearth magmatic rocks and emit gases into the atmosphere, and thus influence the biogeochemical cycles on our planet.

What is less obvious, however, is that the reverse is also true: what happens on the Earth’s surface effect the Earth’s interior – even down to great depths. This is the conclusion reached by an international group of researchers led by Andrea Giuliani, SNSF Ambizione Fellow in the Department of Earth Sciences at ETH Zurich, in a new study published in the journal Science Advances. According to this study, the development of life on our planet affects parts of Earth’s lower mantle.

Carbon as a messenger

In their study, the researchers examined rare diamond-​bearing volcanic rocks called kimberlites from different epochs of the Earth’s history. These special rocks are messengers from the lowest regions of the Earth’s mantle. Scientists measured the isotopic composition of carbon in about 150 samples of these special rocks. They found that the composition of younger kimberlites, which are less than 250 million years old, varies considerably from that of older rocks. In many of the younger samples, the composition of the carbon isotopes is outside the range that would be expected for rocks from the mantle.

The researchers see a decisive trigger for this change in composition of younger kimberlites in the Cambrian Explosion. This relatively short phase – geologically speaking – took place over a period of few tens of million years at the beginning of the Cambrian Epoch, about 540 million years ago. During this drastic transition, almost all of today’s existing animal tribes appeared on Earth for the first time. “The enormous increase in life forms in the oceans decisively changed what was happening on the Earth’s surface,” Giuliani explains. “And this in turn affected the composition of sediments at the bottom of the ocean.”

From the oceans to the mantle and back

For the Earth’s lower mantle, this changeover is relevant because some of the sediments on the seafloor, in which material from dead living creatures is deposited, enter the mantle through plate tectonics. Along the subduction zones, these sediments – along with the underlying oceanic crust – are transported to great depths. In this way, the carbon that was stored as organic material in the sediments also reaches the Earth’s mantle. There the sediments mix with other rock material from the Earth’s mantle and after a certain time, estimated to at least 200-​300 million years, rise to the Earth’s surface again in other places – for example in the form of kimberlite magmas.

It is remarkable that changes in marine sediments leave such profound traces, because overall, only small amounts of sediment are transported into the depths of the mantle along a subduction zone. “This confirms that the subducted rock material in the Earth’s mantle is not distributed homogeneously, but moves along specific trajectories,” Giuliani explains.

The Earth as a total system

In addition to carbon, the researchers also examined the isotopic composition of other chemical elements. For example, the two elements strontium and hafnium showed a similar pattern to carbon. “This means that the signature for carbon cannot be explained by other processes such as degassing, because otherwise the isotopes of strontium and hafnium would not be correlated with those of carbon,” Giuliani notes.

The new findings open the door for further studies. For example, elements such as phosphorus or zinc, which were significantly affected by the emergence of life, could also provide clues as to how processes at the Earth’s surface influence the Earth’s interior. “The Earth is really a complex overall system,” Giuliani says. “And we now want to understand this system in more detail.”