Dr. Samar Saber Khan is an aspiring young Saudi woman who lives by the creed that one should strive to serve a higher purpose by going above and beyond the call of duty. Born in 1983, Dr. Samar received all of her schooling in the Kingdom of Saudi Arabia and earned her Bachelor’s degree in English Literature from King Abdul-Aziz University. After graduating, she decided to pursue her Master’s degree in Economics and Administration from Nottingham Business School at Nottingham Trent University. As she continued living in the UK, she discovered her passion for economics and administration, so she decided to pursue her PhD degree in Energy Security and Renewable Energy from business perspective at the same university. She authored an article with the Oxford Institute for Energy Studies entitled “Energy efficiency: the first renewable’’, and published a journal paper in the Energy Research Journal titled: ‘’Investigating Consumer Awareness of Energy Efficiency in Saudi Arabia’’. She also wrote many articles in different newspapers in Saudi Arabia. As one of pioneering Saudi women in energy, she was featured in numerous Saudi newspapers and magazines, where she became a regular guest on Middle Eastern talk-shows. Currently, Dr. Samar is an assistant professor and Dean of College of Business at Effat University. 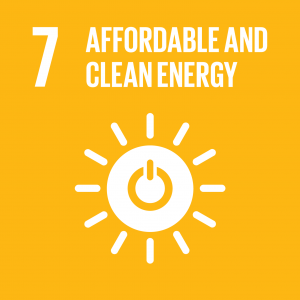