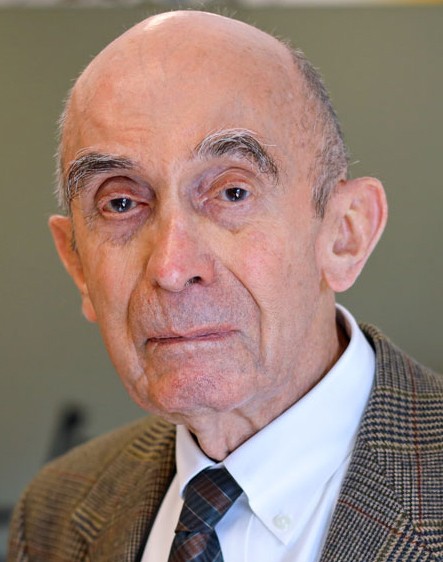 The Stockholm International Water Institute (SIWI) has awarded the 2022 Stockholm Water Prize – widely known as the Nobel Prize of Water – to Wilfried Brutsaert, the William L. Lewis Professor in Engineering Emeritus in the College of Engineering, for his groundbreaking work in quantifying environmental evaporation.

“Professor Brutsaert has developed ways to quantify evaporation and its role in the Earth’s energy balance, allowing for more accurate estimations of how precipitation is likely to evolve,” SIWI said in a statement announcing the award.

“This is of particular importance to exposed local communities needing to predict how much water is available today and how much will be available in the future.”

SIWI is an advocate for improved water governance and has awarded the prize to people and organizations for “extraordinary water-related achievements” for the past 30 years. The winner is confirmed by the Swedish Royal Academy of Sciences, the same organization that awards the Nobel Prize.

The announcement was made March 22, on World Water Day, at a luncheon in Stockholm in the presence of the Swedish crown princess. The prize will be presented to Brutsaert by the king of Sweden in Stockholm on Aug. 31 during World Water Week, the world’s leading water conference. Brutsaert will receive a glass statue and 1 million Swedish krona, about $104,000.

“It was a big surprise,” Brutsaert said, of winning the award. “It gives me gratification that at least some people who know more about this business felt that our work at Cornell was worthwhile. We can’t overblow it, you know, we’re not solving the world’s problems, it’s little by little”

During his 50 years at Cornell, Brutsaert, affectionately known as Mr. Evaporation, has been active in teaching and research in hydrology and fluid mechanics, with special focus on groundwater and soil water flow, land surface-atmosphere interactions, atmospheric boundary layer turbulence and more recently climate change effects on the water cycle. His work has helped create tools to predict climate change effects – and ultimately increase the chances of shaping a sustainable future.

“The water cycle in nature is evaporation, precipitation and runoff, and it goes around in a cycle,” Brutsaert said. “Our work in hydrology, I hope, will improve the understanding of that.”

“I originally wanted to go into development work in developing countries,” Brutsaert said. “And the thing they lack most is good, clean water for irrigation and drinking.”

He is the author and co-author of around 200 articles published in scientific journals, in addition to two books: “Evaporation into the Atmosphere” and “Hydrology: An Introduction.” Among his many awards, he was elected as a member of the U.S. National Academy of Engineering in 1994; in 1995 he was awarded “Doctor Honoris Causa” by the University of Ghent; in 1999 the American Geophysical Union awarded him the Horton Medal, and in 2015 the Bowie Medal, its highest recognition.