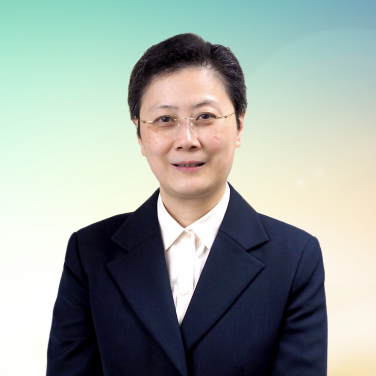 Renowned scholar Professor Vivian Wing-Wah YAM, Dean of Science (Interim) and Philip Wong Wilson Wong Professor in Chemistry and Energy from the University of Hong Kong (HKU), has been elected by the General Assembly of The International Organization for Chemical Sciences in Development (IOCD) as its next President, following the footsteps of two top-notch scientists and former Presidents – Nobel Laureates Professors Glenn T SEABORG (USA), Founding President, and Jean-Marie LEHN (France), Immediate Past President.

Professor Yam extends her heartfelt gratitude to IOCD. “I felt humbled to be elected as IOCD’s third President and looked forward to working with the members of IOCD to further promote the central role of chemical  sciences in meeting the great challenges that the world faces in the 21st Century – in particular, in achieving a sustainable and equitable future for all,” said Professor Yam.

Both IOCD’s outgoing President, Professor Lehn, and IOCD’s Executive Director, Professor Federico Rosei, warmly welcomed the appointment. They noted that Professor Yam is an outstanding scientist who has also shown great dedication to sustainable development and to advancing the role of women in science, both of which are core to IOCD’s mission.

Professor Yam obtained both her BSc (First Class Hons) and PhD from HKU. Her research interests include inorganic/organometallic chemistry, supramolecular chemistry, photophysics and photochemistry, and metal-based molecular functional materials. Her career has been marked by many major awards for her highly distinguished scientific contributions – she was a recipient of the American Chemical Society (ACS) National Award – the 2022 Josef Michl ACS Award in Photochemistry. She was also honoured with designation as the inaugural Pioneer in Energy Research by ACS Energy and Fuels in 2021, with a Special Issue dedicated to her. In 2020 she was awarded the Porter Medal by the European Photochemistry Association, the Inter-American Photochemistry Society and the Asian and Oceanian Photochemistry Association.

About IOCD
IOCD was founded in a meeting hosted at UNESCO, Paris in July 1981 and subsequently registered in Belgium as a not-for-profit non-governmental organization. Its mission is to promote the pursuit and application of the chemical sciences for sustainable, equitable human development and economic growth, through repositioning chemistry as a science for the benefit of society.